Text converter for your private messages
Py is a text converter app for iOS which mixes letters of words randomly in a way the human brain is still able to read them while robots sniffling at your private content cannot do so. 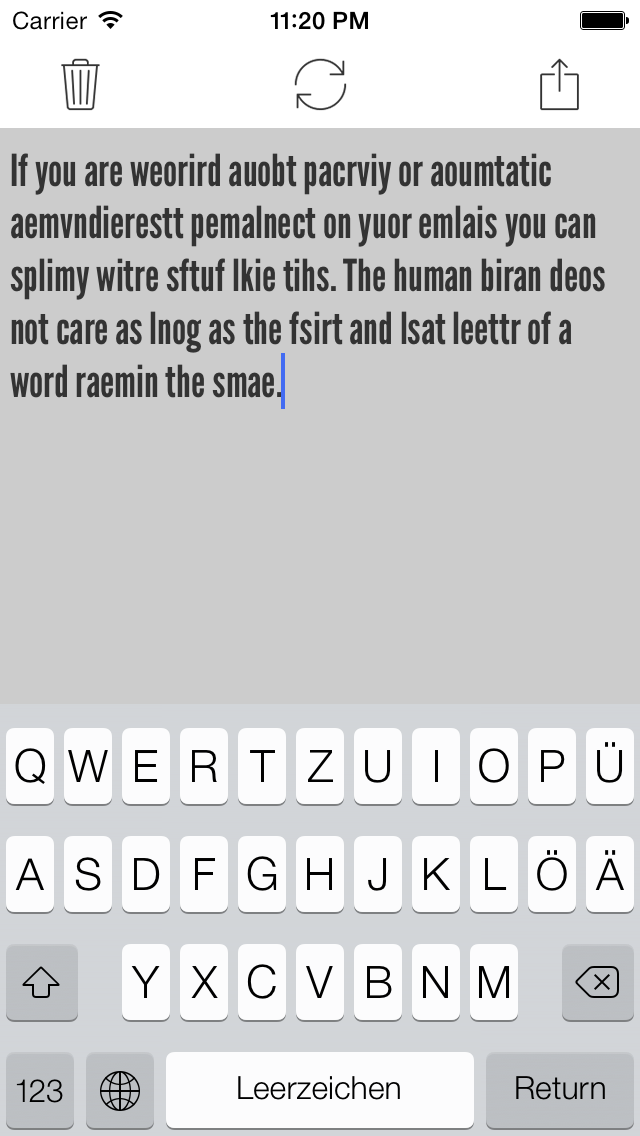 The App relies on the fact that it doesn’t matter in what order the letters in a word are, as long as the first and last letter are in the right place. The other letters can be placed randomly and you can still read them without a problem. Your brian oerdrs the letetrs baesd on the centxot. Amazing, isn’t it?
Py doesn’t replace a technical encryption, but due to the fact, that it makes it impossible or at least not so easy to understand a single word, it sabotages the work of possible searching robots, that are sniffing at your private content.

App features:
• Convert any text within seconds to make it safe against searching robots
• Share your text via Facebook, Twitter, WhatsApp, Mail, SMS and iMessage
• Reshuffle your text, if some special words are hard to read